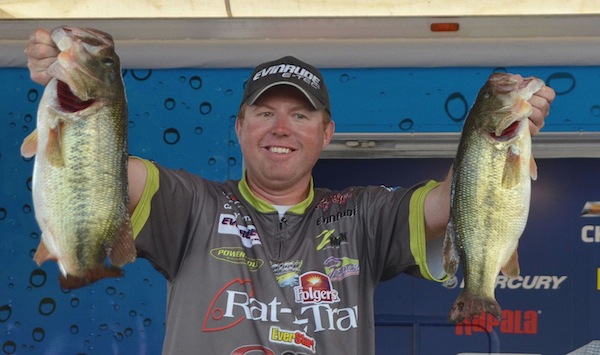 Quite the finish to the regular season of the FLW Tour.

Lake Chickamauga did not disappoint as the final qualifier of the season. You had a promising rookie in Casey Martin winning his first tournament with more than 100 pounds — both noteworthy in their own right.

But even bigger may have been local Andy Morgan winning his first Angler of the Year title in front of him home crowd. No one was catching Martin in this tournament, just like no one was catching Morgan this season. The Dayton, Tenn., pro never won a tournament, but he finished in the top 15 in five of the six qualifiers, finishing it off with a fifth on his home waters of Chickamauga. Looking at all Major events, he has now finished in the top 15 in 10 of his last 11 events and 13 of his last 16. That’s all you need to know as to why he’s the No. 1-ranked angler in the Majors Ranking right now.

Looking at the rest of the Majors Ranking, Cody Meyer starts of the shifting, as his top 20 at Chickamauga jumped him three spots to No. 4, while Jacob Powroznik slipped to No. 6. Jacob Wheeler also slipped, going from 12th to 16th, and Wesley Strader is now right behind him at No. 17 after his second-place finish over the weekend.

Brent Ehrler still finished in the top 10 of the AOY standings as always, but his season couldn’t match the dominating 2011 season that dropped off. Hence, he slipped throughout the year, including this week from 17th to 22nd. There were a couple other minor slips in the 20s, but there was also one angler making a positive move — Dan Morehead. His fourth at Chickamauga jumped him nine spots to 28th this week.

Stacey King and Glenn Browne, however, both didn’t end their season on high notes, and their rankings reflected that. Both dropped14 spots, with King settling in 48th and Browne in 50th. Meanwhile, Shinichi Fukae and Jim Moynagh did the opposite. Fukae climbed seven spots to 36th, while Moynagh rose nine spots to 37th. And on a completely non-Chickamauga-related note, a 2011 PAA event also dropped off last week, which allowed John Crews to jump 10 spots to No. 30.

Check back Wednesday for a look at the Regional Ranking after the BFL All-American.