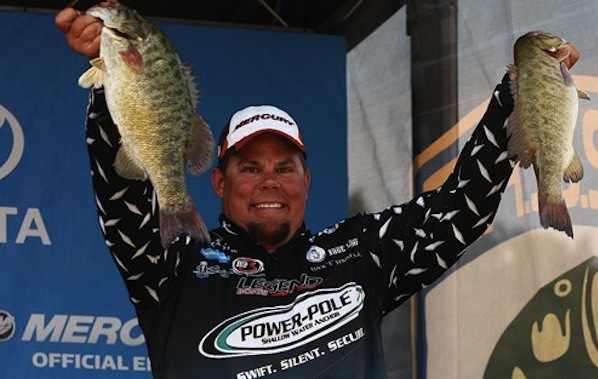 When the final tournament of the season brings as much drama as there was up at Lake St. Clair, it doesn’t get much better.

The final regular season event for the Elite Series saw Aaron Martens come from behind to overtake Edwin Evers for the Angler of the Year crown. It also had Chris Lane and Mark Davis duking it out for the win and a Bassmaster Classic berth, with Lane also coming from behind to punch his ticket to a “backyard” Classic on his home waters of Guntersville in 2014.

But we’ll have plenty of time to talk about that later. For now, let’s look at how all the drama that unfolded up north affected the Majors Ranking.

The top 10 remains relatively unchanged, with Evers and Ott Defoe both slipping one spot apiece. It’s not until you get to Brent Chapman when you start to see some real movement, as the former 11th-ranked angler now sits in 17th. At the same time, Aaron Martens was able to nearly do the exact opposite of Chapman, as Martens went from 17th to 12th. Not bad for the AOY on the Elite Series.

Keith Combs’ top 10 almost has him back in the top 20, as he now resides in 21st. Same with John Crews, who climbed a lot through this season and is in 23rd after this past weekend. Of course, for people to climb, someone has to fall, and after a hot start to the season, Jason Christie cooled off and slipped a couple more spots to finish in 28th.

Alton Jones has been all over our rankings, but he made a significant positive move after his top 10, improving 10 spots to finish the regular season in 30th. Bobby Lane (42nd to 36th) and Greg Hackney (47th to 41st) both ended their seasons strong with positive moves.