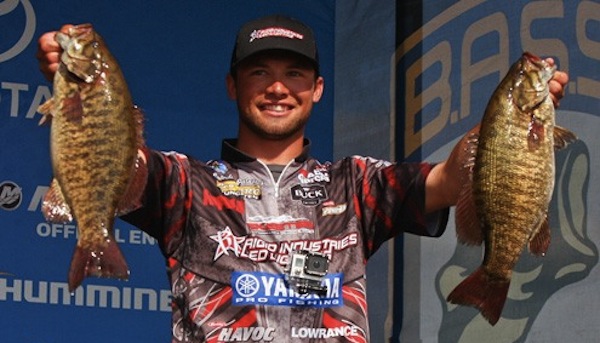 Is there a bigger boom-or-bust angler out there right now than Brandon Palaniuk?

His talent is undeniable, considering he won a BASS Elite Series event last year, finished second in this year’s Bassmaster Classic and just punched his ticket to next year’s Classic by winning at the St. Lawrence River over the weekend.

Still, for every one of those he seems to have a couple bombs. Heck, he won at Bull Shoals in 2012 and then finished 81st this year. Predicting his finishes is near impossible, but when he puts it all together, you get outcomes like you did over the weekend.

Of course, with such inconsistency, it’s hard for him to really make a mark in the Majors Ranking. Though, his win did jump him from 132nd to 118th.

As for the guys in the top 50, one who is always in the top 10 is moving back up the leaderboard. Fresh off his 14th at the St. Lawrence, Kevin VanDam climbed to spots into third, putting him in striking distance of the No. 1 spot again. Ott Defoe finished third up north to also climb two spots into eighth, but Todd Faircloth’s 59th dropped him four spots to 10th.

The top five by Aaron Martens bumped him up three spots to 17th, but the more noteworthy move was Skeet Reese. After spending much of 2013 climbing up the rankings, his 93rd at the St. Lawrence killed a lot of that momentum and dropped him from 22nd to 31st.

There were a were few more minor moves in the top 50, but Alton Jones dropping from 33rd to 41st represents a major move. Greg Hackney also slipped six spots to 50th, but right behind him is Gerald Swindle, who jumped 10 spots to 51st.