News:
You are at:Home»BASS»Winner of the Best Year Goes to …
By Sean Ostruszka on November 26, 2013 · BASS, Featured, FLW, Majors, PAA 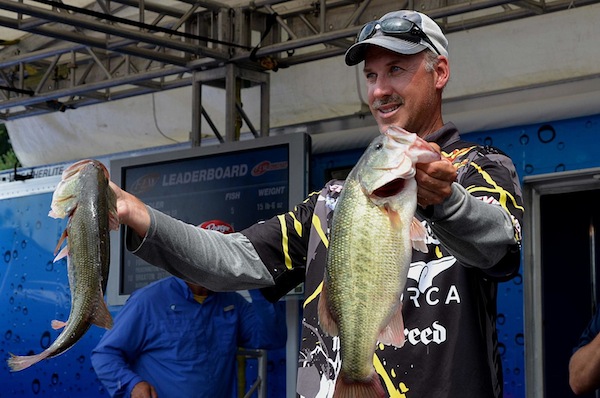 All three Major tours have wrapped up, with each crowning Anglers of the Year. Andy Morgan finally won his first AOY on the FLW Tour. Aaron Martens came back to best Edwin Evers on the BASS Elite Series. And Shinichi Fukae took home the crown on the PAA.

Overall, there were 21 Major events this past year — nine BASS, seven FLW and five PAA. Some anglers fished only one of those tours, while some fished events on all three. So we decided to use the Custom Search and figure out who had the best year overall, not just on each respective tour.

The winner? Andy Morgan. No matter what tour he fished, the Dayton, Tenn., pro finished the year with an 834.284 average in Major events.

A close second was Bryan Thrift with an 831.652, but it was the angler who finished third that surprised us. Though, it really shouldn’t have. After all, he’s Kevin VanDam. Van Dam finished the season with an 802.948 average. So while he didn’t have the best season on the Elite Series (he finished third), he actually bested the two guys who finished above him overall for the year.