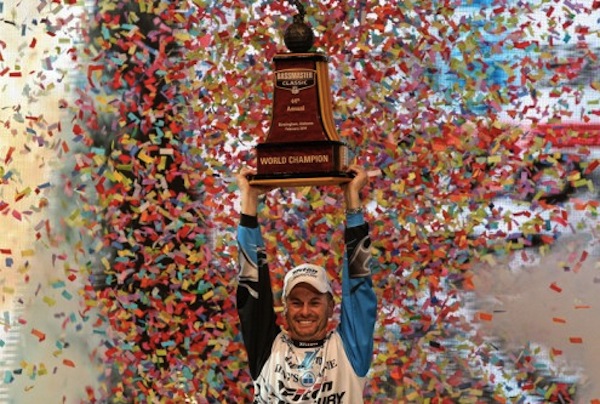 Let’s see. The winner started the final day in 11th, the leaders the first two days finished third and fifth, and the overwhelming favorite didn’t finish in the top 25.

Is there anything in our sport like the Bassmaster Classic?

This year’s Classic was high drama from start to finish, culminating in Randy Howell — an angler who had never finished in the top 25 at Guntersville in the last 13 years — coming back from more than 9 pounds down to beat Paul Mueller by one pound.

As for the rest of the Classic competitors, there was some shuffling of a spot or two in the top 10, with the most noteworthy being Edwin Evers jumping Kevin VanDam.

Brent Chapman barely hung on to the top 20 (he’s now 18th) after he finished 31st at Guntersville, but he wasn’t the only BASS pro who slipped, as every Classic competitor in the 20s slipped a little. (NOTE: with such a small field at the Classic, even a mediocre finish can hurt an average more than usual.)

The carnage continued in the 30s, with Alton Jones slipping from 32nd to 43rd, where he’s now one spot behind Dean Rojas, who climbed four spots, but that was the last of the moves in the top 50.

As for the guys ranked 50-100, that’s an entirely different story, with big-name pros like Skeet Reese, Michael Iaconelli and Gerald Swindle all finding new places much farther down the ranking. Make sure to check out the ranking to see how the Classic shook up the ranking.