News:
You are at:Home»Featured»Ashley wins wire-to-wire at Hartwell
By Sean Ostruszka on March 10, 2014 · Featured, FLW, Majors 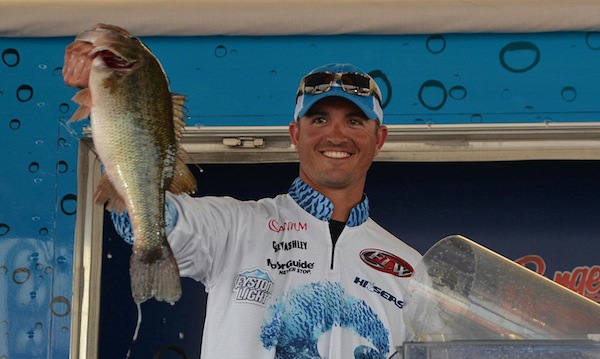 It was some of the worst fishing conditions an angler could imagine, but we imagine Casey Ashley didn’t mind them.

Ashley had been in a slump, only cracking the top 40 once in his last five Major events prior to the Bassmaster Classic. Now, he’s finished 11th and first in his last two events. Those last two events have jumped him 42 places in the last month, with his victory putting him in 81st in the Majors Ranking.

Meanwhile, Andy Morgan only gained a tighter grip on the No. 1 spot after finishing second at Hartwell. Then we had four FLW pros who all climbed a lone spot — Cody Meyer (now eighth), Brent Ehrler (11th), David Dudley (13th) and Mark Rose (14th).

As for the big movers in the top 50 after Hartwell, Stacey King and Michael Neal both enjoyed large jumps. King is now in 33rd after jumping seven spots, and Neal is in 35th after climbing eight. The opposite could be said for Troy Morrow. Despite being a Hartwell local, he had a tournament to forget and dropped from 27th to 43rd.