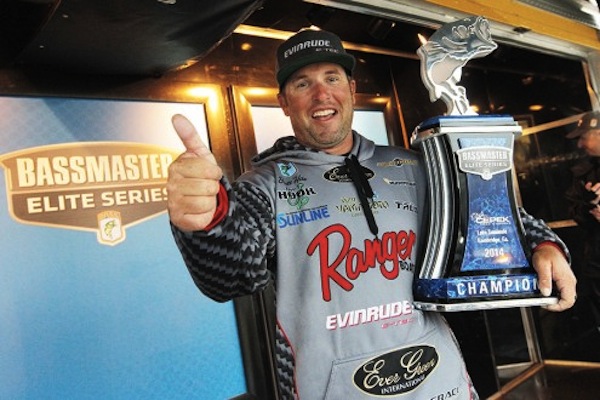 It had been six years since Brett Hite won a Major event, when he started off the 2008 season winning at Lake Toho. He then went on to win the next event of the year at the California Delta.

Six years later he’s done it again — well, almost. After winning the FLW Tour season opener at Lake Okeechobee, he won the BASS Elite Series season opener at Seminole this past weekend. Throw in his sixth-place finish at Lake Hartwell in between, and it’s safe to say he’s the hottest angler of 2014.

After starting the year off in 68th in the Majors Ranking, Hite’s hot start has bumped him up to 49th. That may not seem like much, but you have to figure in the fact that the two 2012 tournaments that have dropped off during the same span were a 29th and 10th. His 2014 is obviously an improvement, but statistically, not near as much as when he drops a 129th on April 1. Then you’ll really watch him jump. Actually, most of his 2012 he’d probably like to forget, so there’s a chance he could be a real contender to crack the top 10 if he even remotely keeps up his good start.

There were plenty more moves thanks to the Seminole event and a 2012 FLW Tour event dropping off, so make sure to check the Major Ranking.