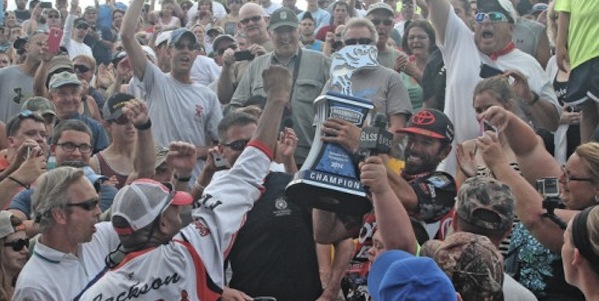 This past weekend was noteworthy on a number of fronts.

On the water, Michael Iaconelli winning on his home waters of the Delaware River was obviously the biggest. The victory broke a seven-year drought without a Major victory – his last Major win came in 2006 at Guntersville, though he did have six runner-up finishes during the drought.

Off the water, Kevin VanDam slipped outside the top 10 for the first time in the history of Bass Rankings. KVD had one of, if not the worst tournament of his career, as he caught only one fish and finished 97th. The finish dropped his average by more than 30 points, dropping him from seventh to 14th.

Amazingly, despite the tough tournament that saw roughly half the field catch less than 10 pounds total, VanDam’s fall was the only significant move in the top 25. There were plenty of moves outside the top 25, though, with Iaconelli climbing 14 spots to 70th, while big-name pros David Walker and Russ Lane both fell into the triple digits.

Be sure to check out the latest ranking before this weekend’s Forrest Wood Cup, and check back next Monday for a full breakdown!