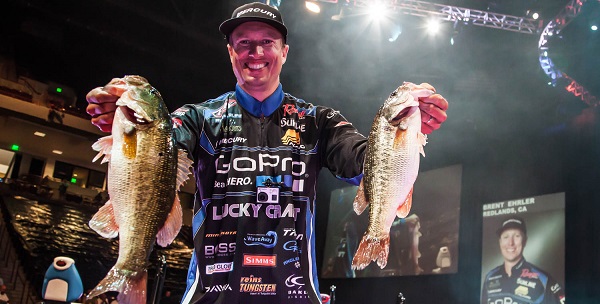 The 2014 season has been over for about a month, at least for the Major pros.

Here’s a quick recap of the pros who took home the top awards this year (in order of when they were won):

So, which one of these anglers had the best season? If you can believe it, none of them.

Now, we know what you’re thinking – Hackney won two events (one on each tour) and won AOY. He clearly had the best year.

No doubt, he had a banner season. He easily was the top angler on the Elite Series with his 801.674 average (Jacob Powroznik had a 790.920). And if we were going by trophies, yes, he also won with three. But again, we’re looking at the entire season. He only had a 640.253 average during the regular season of the FLW Tour. In the end, he finished 2014 in 13th with a 737.106 average. Though, I doubt you’ll hear him complaining considering all the trophies he added to the mantle this year.

As for Morgan, he too, earned his AOY honor, but just barely. He finished the FLW Tour regular season with a staggering 932.997, while Cody Meyer finished with a 924.012. Ehrler was third, but he was nowhere close to them. But Morgan couldn’t repeat as Champion of the Year (he had the best average in 2013).

Here are the final rankings:

One interesting note with this year’s final averages is that the top eight anglers all fished the FLW Tour, unless you count Wheeler’s win at the Elite Series BASSFest as him fishing both tours. Some may say it’s because the talent pool on the Elite Series is deeper, making it hard to dominate. Others may point to the larger field on the FLW Tour, meaning it’s harder to hurt an angler’s average. We’ll leave that up to you. But after Faircloth, the next three anglers all fished the Elite Series (Casey Ashley, Keith Combs and Hackney).