News:
You are at:Home»BASS»Minors Year in Review
By Sean Ostruszka on November 11, 2014 · BASS, Featured, FLW, Minors 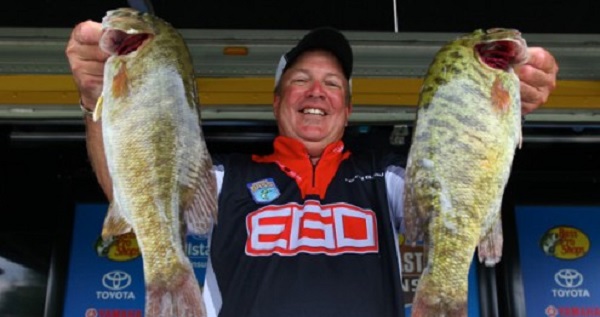 The Major pros have been done for quite awhile now, and with the FLW Rayovac Championship unfolding a couple weekends ago, it’s safe to say the 2014 tournament season is pretty much in the books.

While we’ve highlighted the Major anglers throughout the season, they’re hardly the only anglers we rank. With that, we wanted to look at how the top 10 in the Minors-Only Ranking has changed.

So how many of them are still in the top 10? A grand total of three – Fitzgerald, McCall and Wood. Surprisingly, McCall and Wood still hold down the exact same spots in the rankings.

Still, that’s a 70-percent turnover in the top 10, and realistically, it easily could be a 100-percent turnover. Between the larger number of anglers and the smaller sample size (Minors-Only Ranking only requires five tournaments in a two-year span as opposed to 10 like the Majors Ranking), it’s incredibly hard to stay on top.

Look at Jeff Michels. One of the best anglers out West, he slipped to 31st by the end of this year. Reneau, the owner of Power Tackle, is a stick in Texas, but he still slipped to 56th. Basically, it’s tough.

Meanwhile, Baksay started the year in 37th. Then the former FLW Tour angler put together a solid year (two top-25 finishes) and dropped a bad tournament from 2012 to boost him all the way up to the No. 1 spot. And right behind him is another former FLW Tour angler in Auten, how put together a very impressive first season solely devoted to the Minors.