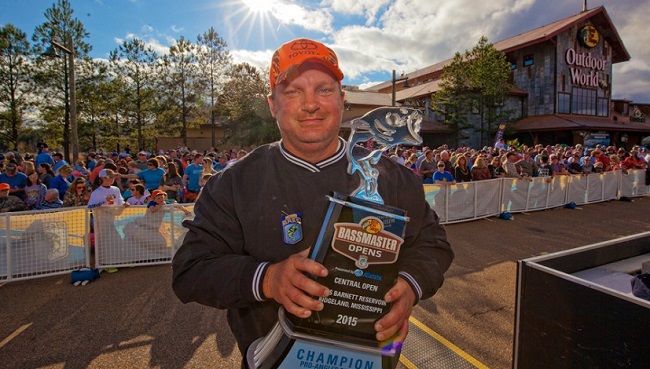 Local knowledge can be a blessing and a curse. For Gene Bishop, it was both.

Fishing the BASS Open on Ross Barnett, his home lake, Bishop tried to use his local knowledge to find an untapped offshore pattern. But after a mediocre first day, he scrapped that plan for another local go-to: fishing a Barnett Special – an 8-inch Junebug Zoom Lizard – through shallow pad stems. He nearly tripled his weight on Day 2, and crushed them again on Day 3 for the victory.

You won’t find Bishop’s name in the Minors Ranking, however, as the tournament marked only his second Minor event in the last two years (you need five to qualify for the ranking). In fact, none of the top four finishers are in the ranking. But fifth-place finisher Stephen Browning is, and his good finish helped him jump Aaron Martens to now reside as the No. 3 Minor angler in the country.

Luke Clausen also qualifies, and his 10th at Ross Barnett jumped him 24 places, to 43rd.

Meanwhile, back in the top 20 of the Minor Ranking, there was an interesting coincidence. Shinichi Fukae finished 48th at Ross Barnett. Jeff Kriet finished 53rd. Fukae dropped from 17th to 21st, and Kriet debuted in the ranking in 17th. Obviously, Kriet’s average is simply better, despite finishing slightly below Fukae over the weekend.

Just for fun, we also looked at the Minors-Only Ranking to see if there were any notable moves. Sure enough, there was, as Jordan Lee slipped out of the top 10 to 13th.