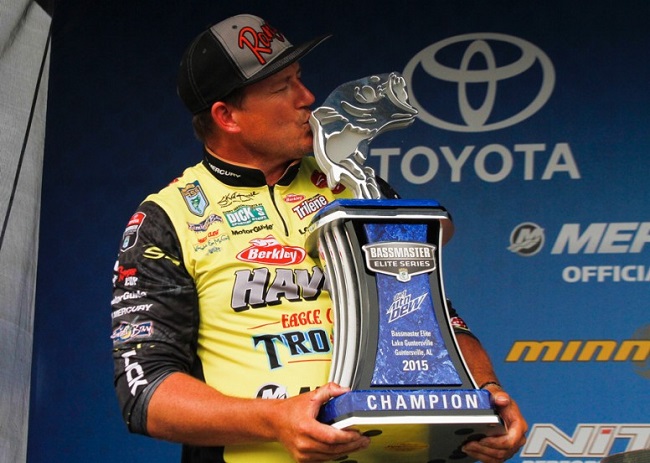 As our sport evolves, so must its rankings.

With that in mind, Bass Rankings launched its new Pro Ranking today, which better encapsulates how the professional anglers on the BASS Elite Series and FLW Tour should be ranked.

So what changed? With so few events anymore where anglers from both Major tours fish against one another, we added a modifier to take into consideration each circuit’s qualification criteria – one tour requires an earned qualification to join and the other does not – and the subsequent level of competition. The result is a ranking that we feel gives more equal standing to anglers on both tours.

For instance, the Pro Ranking now has more anglers from the Elite Series in the top 10, top 20 and top 30 than there were previously, including this weekend’s winner Skeet Reese. Reese’s win marks back-to-back victories of Elite Series Qualifiers at Guntersville, and it also was his first victory since 2013. Reese long ago climbed his way back into the top 30 in our previous ranking, but he now finds himself at lucky No. 13 in our new Pro Ranking.

While there has been some significant shuffling in the rankings, two anglers remain unchanged – Andy Morgan and Bryan Thrift remain the top two anglers in our sport over the last two years. But their gap over the likes of Jacob Powroznik, Keith Combs, Aaron Martens and Justin Lucas has shrunk, so the margin for error for the top two has gotten slimmer.

In the end, it’s all about trying to provide the best possible ranking for our sport. Between changes to the competition landscape and feedback over the years, we feel the new Pro Ranking does just that.