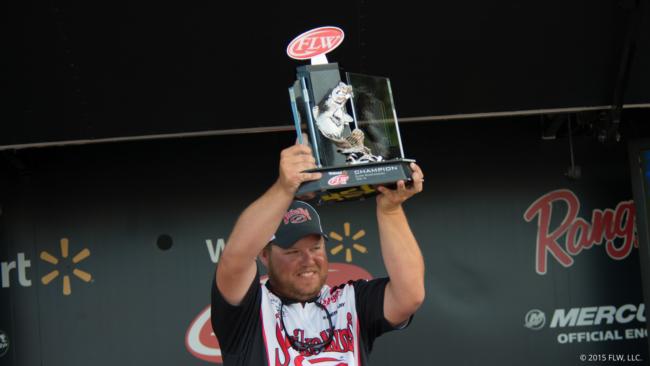 Michael Wooley doesn’t say much, but his fishing does plenty of the talking.

Known as an offshore stick, Wooley proved just that in hanging on for his first Major victory at the FLW Tour event at Lake Chickamauga. The second-year pro milked one good school for the lead after three days, but Day 4 saw his fish vanish, forcing him to scramble. Stetson Blaylock made a late run at the win, but Wooley was able to scrape together just enough to secure the victory.

With the win, Wooley now finds himself in the top 75 (74th to be exact), despite having some terrible finishes at Eufaula and Lewis Smith this year. Meanwhile, Blaylock is now in the top 40, nicely settled in 36th.

However, the big news may be the angler most figured was a lock for a good tournament – hometown angler Andy Morgan. Morgan finishes 81st, with fellow hometowner and Angler of the Year contender – he was first going into the event – Wesley Strader.

Morgan has been the No. 1-ranked angler for much of the last two seasons, but he has now slipped to third after Chickamauaga. Strader also slipped, with him falling outside the top 10 to 13th.