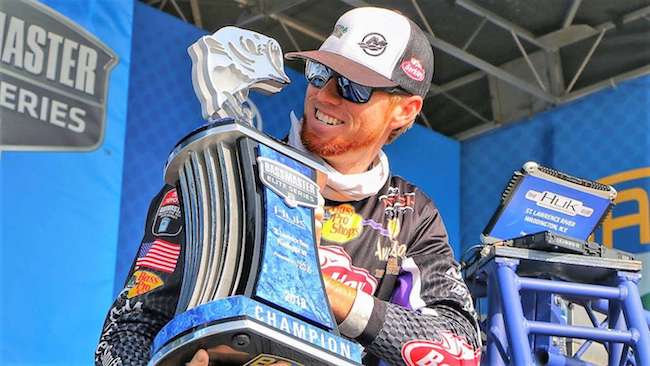 Josh Bertrand was already having the season of his life. Then he went and won his first major tournament.

Prior to this year, Bertrand really hadn’t made much noise since making a pair of top 10s his rookie season on the Elites. From 2014-17, he made one top 10. This year? He’s made three, capped off by his runaway victory on the St. Lawrence Seaway.

The 29-year-old drifted rock humps in 40-50 feet of water throughout the week, with some key new places helping secure the win the final day. As for tactics, he kept things simple with a 3/8-ounce drop-shot rigged with either a 3-inch Berkley Gulp! Minnow or a Berkley MaxScent Flat Worm.

Now, despite being relatively quiet the last few years, he’s actually been quite consistant. That consistency, combined with his breakout season, actually has him knocking on the door of the top 10 in the rankings. He currently sits in 11th.

While Bertrand continues to see his ranking improve, three top anglers all saw decent drops after the regular-season finale.

Jason Christie slipped from sixth to ninth, Clifford Pirch fell from 11th to 15th, and Brent Chapman nearly fell out of the top 20, hanging on in 18th.