News:
You are at:Home»BASS»Top 10 Classic Contenders, By The Numbers
By Sean Ostruszka on March 13, 2019 · BASS, Featured, Majors 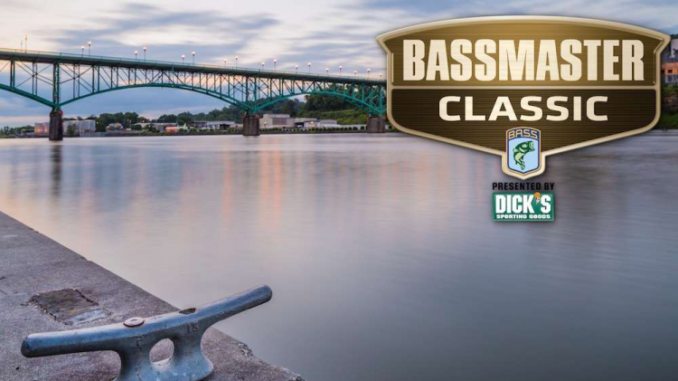 Yes, any of the anglers fishing Fort Loudoun-Tellico lakes can come away with the victory, and there have been plenty of opinions on who will win. But we don’t do opinions. We wanted to know, by the numbers, who were the likely guys to see in the top 10 going into the “Super Bowl of bass fishing.”

By the numbers, we dug into our database to break down the field and rank by various elements, including the following:

We took those rankings from past results and averaged them together to create a Fishery Ranking, and then compared that against how they’ve been fishing lately (aka. our world rankings). In the end, 10 anglers came away as having the best shots at hoisting the Classic trophy come Sunday. Let’s take a look at who they are.

Honorable Mention: Matt Robertson (Fishery Ranking: 6) and Brad Whatley (16) both just missed the top 10. So keep an eye on these minor-level anglers.

He doesn’t have much tournament history on the TVA this time of year, but historically, he finds a comfort zone in these types of fisheries.  He is also a closer, and seems to always step up his game for Championship Sunday.

Lucas has shown quite the knack for fishing TVA fisheries in the spring, with a “batting average” of 746.688.  Coming off his 2018 BASS Elite AOY, he should be ready to compete.

DeFoe is a trendy pick, as he’s a local and he’s fishing great (ie: his No. 9 world ranking), however, this time of year his finishes can be touch and go.  To win he will need to rely on both his local advantage and his recent momentum.

Christie has struggled on TVA lakes in March (419.118), but similar elevation fisheries are right in his wheelhouse (867.454 in March). With his recent momentum and comfort zone this time of year, he is a guy that should be in the mix if he can overcome his TVA track record.

Strader is about as consistent as they come on TVA fisheries. What you might not realize is how well he’s done on similar elevation fisheries (751.533 average).  Add to that his local knowledge, and you shouldn’t count him out.

KVD is where we draw the line from the favorites and the favorites. Can KVD be the first to win five Classics? This may be his best shot, as he’s excelled in TVA lakes, and has the reputation of a closer.

Martens has beaten over 90 percent of the field on average on fisheries with similar elevations in March, and he has an 850.263 average on similar personality fisheries in the last 5 years. The Classic trophy has eluded him multiple times, but this could be the year.

No one has ever won three Classics in a row. Lee has a real shot at being the first. He’s fishing great (top-5 world ranking) and averages beating more than 80 percent of the field in spring on TVA, similar elevation, and lakes with similar personalities. He kicked the year off with an MLF BPT win, and when you’re hot, you’re hot.

Like many Oklahoma anglers, Evers knows how to fish higher-elevation fisheries (858.147), and he’s one of the hottest anglers in the sport coming off of an MLF BPT win at Conroe.

By the numbers, Ehrler isn’t just the favorite. He’s THE favorite. This year’s Classic couldn’t line up better for him.  He has the opportunity to be one of few to literally win every championship, from the Costa Championship to the Forrest Wood Cup and the MLF Cup Championship. The only championship he hasn’t won is the Bassmaster Classic.  Just look at these averages:

Those are the averages of someone ready to hoist the Classic trophy.