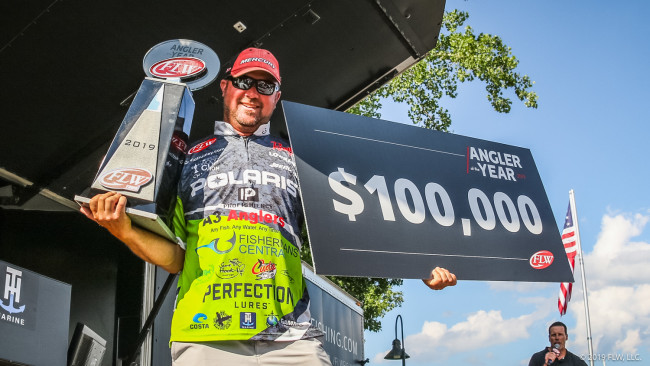 Where to even begin?!

This season has been as busy as we’ve ever seen in the sport. So we, apologize if we haven’t been able to post stories for every tournament. That said, every tournament is getting added every week, and the rankings are always being updated with them.

So, now that the sweltering summer months are upon us and we’re in the midst of the July break for all tours, where are we at with the rankings, especially after Matt Pace and Casey Scanlon both won major-level events over the weekend?

Well, Jacob Wheeler continues to not just hang on to the No. 1 ranking but actually extend it! He is on a streak of six top 20s (and five top 10s) in his last seven events on the MLF Bass Pro Tour. He’s held the No. 1 spot for the last few months since Bryan Thrift slipped up at Lake Seminole, but there are two other MLF pros jockeying to replace him.

Brent Ehrler (second) and Edwin Evers (third) have basically been going back and forth all season. Yet, speaking of Thrift, his slip-up was obviously an outlier, and his top five at Champlain this past weekend showed he’s still very much at the top of his game.

Of course, Scott Martin (fifth) has also been rising throughout the FLW Tour season, too, and is only four percentage points behind Thrift.

Want to hear something crazy? Take a guess where David Dudley is currently ranked? 74th! Yes, he had been fishing so poorly (especially by his standards) in the previous years that his historic run toward his fourth FLW Tour Angler of the Year title never even got him into the top 50. That said, watch him jump WAY up in a month when his awful 2017 FLW Cup performance drops off (assuming he does better at this year’s Cup).

And how about the BASS Elite Series? Well, the highest-ranked pro currently is Seth Feider in 13th, with Brandon Cobb slipping to 20th, as he’d had two first-place finishes and two mediocre finishes in his last four events.